One of the things that I always try to include when developing lesson plans is an interactive element.  This can be achieved many different ways: students can interact with the teacher, with each other, with the content, or even be physically active as an experiential aspect of the lesson.  Whenever possible, I try to incorporate multiple forms of interactivity.  Including these elements in a lesson helps to better engage students in the material, addresses multiple learning styles, and promotes improved retention of content.  This week I did this as I developed a lesson idea to study World War I.

My U.S. History class has studied the causes and the beginning of World War I and was ready to begin looking at the actual fighting that took place.  Before developing this lesson idea, I determined the outcomes that I want my students to know about the fighting in World War I; primarily that trench warfare was the chief battle tactic, that new technologies affected the course and conduct of battles, and that conditions greatly contributed to the number of deaths in World War I.  As I pondered various lesson ideas to achieve these objectives, I kept coming back to the fact that students needed to recognize what it was like for soldiers involved in trench warfare.  To help students recognize various aspects of trench warfare while incorporating interactive elements, I determined that students needed to get into the trenches.

Creating trenches within my classroom allowed for an experiential aspect of my lesson, but students also needed to interact with information related to life in the trenches.  This conclusion led me to develop a lesson idea where students would analyze various documents related to trench warfare while they were in the trenches.

I began the lesson by having students read The Trenches-What They Were Really Like by Paul Fussell on PBS’s The Great War site.  After this initial exposure to trench warfare, I clarified key aspects of this battle tactic for students.  My explanation included a description of the layout of the battlefield and some of the military technologies that played an important role in World War I (most notably poisonous gas and the machine gun).  This inevitably leads students to question the wisdom of such a style of warfare, which we follow up with a discussion of the benefits of a defensive battle strategy.  This creates an opportunity to briefly discuss what it takes to win a war where both sides are playing defense.  It is within this discussion that I introduce the concept of a war of attrition and the significance of the U.S. entry in these terms.

After ensuring that students have a basic understanding of trench warfare, I ask them what they think it would be like to be a soldier in the trenches.  I then explain to students that they will get a chance to experience life in the trenches.  At this point I divide the class into two teams and create trenches out of desks on opposite sides of the room.  Soldiers who entered “no man’s land” or raised up above the top of the trenches risked being shot, so students are advised that they may not engage in this risky behavior.  For our purposes, I explain that the top of the desks represents the top of the trenches and that students must remain below trench level throughout this activity. This can be incentivized by offering candy or some other reward to the side that best meets this expectation.

Getting students onto the floor to simulate the trenches met my requirement for physical activity, but I still wanted students to interact with the content.  To this end, I created three activities that students would complete in each trench.  The first activity requires students to analyze various photographs of trench warfare (there are many pictures available by conducting a simple image search).  Students were to choose the three pictures that they found the most interesting and then write a brief explanation of what they see and what that particular photo can tell us about trench warfare.  The second activity involves analysis of a firsthand account of a gas attack.  Students are instructed to read Gas Attack, 1916 from Eyewitness to History.com.  After skimming through this account, students are to write a 2 paragraph diary entry as if they have just survived a gas attack.  For the third station, I give each student an index card with which they are to create a postcard.  One side of the postcard must include an illustration depicting the trench system (I found several diagrams of the trench system for students to reference by conducting an image search).  The other side of the postcard is to be a message from a soldier explaining life in the trenches to their family back home.

There are also a number of videos on YouTube and other online sources that can be played as students are experiencing trench life.  Many of these videos offer historical footage of trench warfare that can help students to understand the experience of life in the trenches.

Students are allowed 10-15 minutes to complete their assigned activity before they are instructed to rotate to the next station.  I stress to students that they must remain below trench level at all times, even during the rotation. We continue this process until students have been to each of the three stations.

After students have complete the third activity, I instruct them to take out a new piece of paper and write a 1-2 sentence description of trench warfare.  After allowing a couple of minutes for students to complete this explanation, I tell them to ball their paper up and throw it at the opposing trench.  Each student must now collect a ball of paper thrown by one of their classmates and read the description on it to their group.  Groups must determine which description best explains trench warfare and share this description with the class.  As groups share their explanations of trench warfare we can debrief the activity and compare student experiences to a soldier’s life in the trenches during World War I.

This lesson idea allows students to experience life in the trenches by crawling through a space created in class while interacting with primary source documents that demonstrate the realities of trench warfare.  This allows for student interactivity with their classmates and with primary source materials while being physically active in the simulation of life in the trenches.  Students have now gained a better understanding of what soldiers experienced during World War I while practicing the skill of interpreting primary sources.
Posted by Alex Glade at 12:28:00 PM No comments: Links to this post 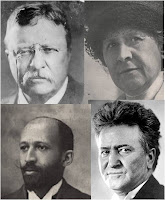 Recently I have been struggling to get students to include more information in their writing.  Many of my students have been basing their essays on opinions and generalizations with very little factual information.  This has particularly been a problem in my AP U.S. History class, which is very concerning considering that the three essays on the AP U.S. History exam constitute half of the final score.  By lacking concrete, factual information students fail to prove that they have an understanding of the significance of the era and thus do not meet the requirements for an AP essay.

I have done previous lessons to address this problem, such as having students examine essays with and without factual information (from the College Board website) and the supporting a thesis activity in Michael Henry’s U.S. History Skillbook (this book is an excellent resource for history teachers), but after grading the last set of essays written by my students, I realized that I needed another activity to reinforce the importance of including facts in an essay.  Not wanting to completely scrap the content that we needed to cover, I decided to integrate this activity with our study of the Progressive Era.

For this lesson, students were paired up and given a short biography of a figure related to the Progressive Era (Carnegie, Debs, Du Bois, Jones, La Follette, Paul, Rockefeller, Roosevelt, Tarbell--although there are many other possibilities).  Pairs of students were given the biographical briefings that accompany the “Progressive Era Thinkers Meet the Press” activity from History Alive! Twentieth Century United States History (biographies could also be found on online sources such as the links gathered by Professor Robert Maloy and his students at the University of Massachusetts Amherst -- http://resourcesforhistoryteachers.wikispaces.com/USII.8).  After analyzing the biography of their assigned individual, students were to determine what this person felt were the most important issues facing American society and how these issues could best be addressed.

Each group was then provided with an outline of a head (such as the one included on the National Gallery of Art’s website -- http://www.nga.gov/feature/shaw/s6151a.shtm).  Students were instructed to fill the head with a mixture of text and illustrations to demonstrate the thoughts, ideas, visions, and motivations of the person they read about.   I stressed to students that they must include specific facts and details to create an informative representation of a Progressive Era leader’s thoughts about American society and how to deal with the nation’s problems.  Below are examples of some of the historical heads created by my students.

After students had a chance to complete their historical head, groups were instructed to pass their project to the next pair of students.  After giving students several minutes to analyze the historical heads created by their classmates, I handed out a 2-3 sentence generalization of each Progressive leader.  Using the information from the head completed by their classmates, students added specific historical facts to the generalization to make it a more complete statement about a Progressive Era leader’s views on the problems facing American society and how to best address these problems.

Through this lesson, students not only gained a better understanding of the views of various individuals from the Progressive Era, but they also had another opportunity to recognize the importance of adding factual statements to their writing.  At the end of class several students mentioned that the process of adding specific historical information to an existing generalization helped them to better understand what needs to be included in an essay.  Hopefully the next set of essays will reflect this lesson!!
Posted by Alex Glade at 10:17:00 PM No comments: Links to this post 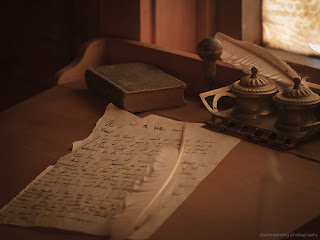 For years I’ve been reading various websites and blogs around the internet. Some of these I have become a regular reader of, some I came back to for a period of time before moving on, and some only received my attention briefly.

About 10 years ago, while attending an educational technology conference, I listened to a speaker espousing the virtues of blogging for educators. This was early in the Web 2.0 revolution and it seemed that everyone at the conference was pushing the idea that educators needed to be creators when it came to the internet. As I sat and listened to all of this advice, I wondered what, if anything, I had to offer that others might find worthwhile. It was this trepidation that held me back. After years of considering blogging, I finally decided to take the leap.

Adventures in History Class represents my effort to impart my thoughts, ideas, experiences, lessons, resources, and general ramblings upon those of you who may stumble upon this site. I will make an effort to regularly post regarding lesson ideas, resources, and general classroom experiences. Hopefully this will be a learning experience for me as well as for any readers that may come across Adventures in History Class.
Posted by Alex Glade at 9:53:00 PM No comments: Links to this post