Who Dunnit?? -- Recreating the Kennedy Assassination for a Critical Analysis of Evidence 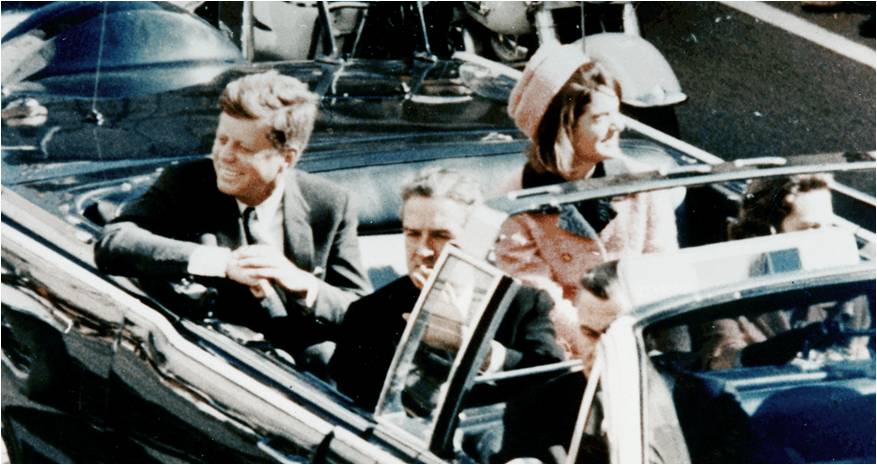 As I debated whether to enter the world of educational blogging (To Blog or not to Blog . . .), one of my reservations was whether I would have time to regularly update a blog.  Over the last few weeks, this concern became a reality.  Although I have not updated Adventures in History Class for a few weeks, I am not abandoning this venture and I am going to make an effort to be more consistent in my posting.
This week I taught about John F. Kennedy’s assassination, which is one of my favorite U.S. history lessons.  I enjoy this lesson because I am personally interested in the topic, but also due to the fact that it is one of the lessons that students come back years later to talk about.  Year after year this lesson piques student interest while forcing them to think critically about every piece of information.
My goal in presenting this lesson is to expose students to the controversy surrounding JFK’s assassination while forcing them to interact with historical details.  I am not trying to promote any conspiracy theories, but I do want students to recognize the reasons why as many as 80% of Americans have expressed doubts about the findings of the Warren Commission.  In the process, I am able to incorporate a review of some of the key concepts we have studied throughout our unit on the Kennedy administration.
I begin the lesson by showing the Zapruder Film.  Before showing the film, I warn students that it is a graphic video of a sensitive nature and they must be considerate of this during the video.  As we watch the Zapruder Film, I ask students to describe what is shown and to detail any evidence investigators could draw from the video.
After discussing the evidence in the video, we re-create the scene of the crime.  I display a diagram of Dealey Plaza and explain how different parts of our classroom will represent key locations within Dealey Plaza.
Next I assign students to take on the role of witnesses to the assassination.  Each student is given a slip of paper including a brief summary of statements given by the witness they represent (witness statements can be gathered and summarized from many websites including: History Matters: The JFK Assassination, JFK Online, and Spartacus Educational).  Any combination of witness statements may be used; I usually use Nellie Connally, Bob Jackson, Harold Norman, Jean Hill, Abraham Zapruder, S.M. Holland, the Umbrella Man, and the Dark Complected Man.  Additionally, I have students take on the role of JFK, Jackie Kennedy, and John Connally, although these students are not given slips to indicate their recollections.  I recognize that the credibility of some accounts of the assassination have been questioned, but this spurs just the type of conversations that I want students to have.
The students playing each role are placed in the appropriate locations in the room to represent their vantage point in Dealey Plaza and we go around the room with each student sharing a summary of the actions and/or statements given by the person they represent.  Following each statement, students are allowed to ask questions and to speculate as to how this testimony could provide clues to an investigator.  As we discuss the various observations, I throw in additional information following each account of the assassination.  Through this process I incorporate background information on Lee Harvey Oswald, Oswald’s purported actions following the assassination, the Magic Bullet theory, Jack Ruby’s role, conflicting claims about the wounds suffered by JFK, and further information about each witness and their account of the assassination.
Lastly, I ask students to analyze one of the theories posed on Spartacus Educational (scroll down about two-thirds of the way to the section titled Primary Sources: Theories).  After analyzing one of these theories, students complete a writing assignment where they either support or refute the theory they chose to read.
Inevitability, students are completely engrossed in the conflicting evidence and various theories involving the assassination of John F. Kennedy.  This high level of engagement along with seemingly contradictory evidence and accounts results in students analyzing available data and thinking critically about all information, which is exactly what I want students to do as they study the past.