Twit for Tat – Simulating a Twitter Debate between FDR and Hoover

In studying the Great Depression I strive to ensure that my students understand the causes of the depression, the debate over how the government should respond, the effects upon the American public, and the long term effects of the depression (including economic, political, and social effects).  Today I would like to describe a class activity I have utilized to help students recognize the varying views on how the government should respond to an economic crisis.
My goal for this activity is for students to recognize how Franklin Roosevelt’s response to the Great Depression represents a break from past policies, particularly those of Herbert Hoover.  To achieve this outcome, students must understand the basic philosophies of Hoover and Roosevelt and recognize that politicians and citizens alike have differing views as to how the government should respond to a crisis.
In planning how to best achieve this outcome, I tried to think of how students could relate to a philosophical debate.  I considered conducting a traditional class debate on the topic, but I decided that students might better relate to a form of debate that involves an activity many of them engage in daily.  This led me to develop an activity where students simulate a Twitter debate between Herbert Hoover and Franklin Roosevelt.
I began by assigning half the class a background reading on Hoover’s philosophy for ending the Great Depression while the other half read about Roosevelt’s beliefs for ending the economic crisis.  Each student was then paired with someone who read the opposite philosophy.  Groups were instructed to simulate a Twitter debate between Franklin Roosevelt and Herbert Hoover with each person taking on the role of one of the presidents. 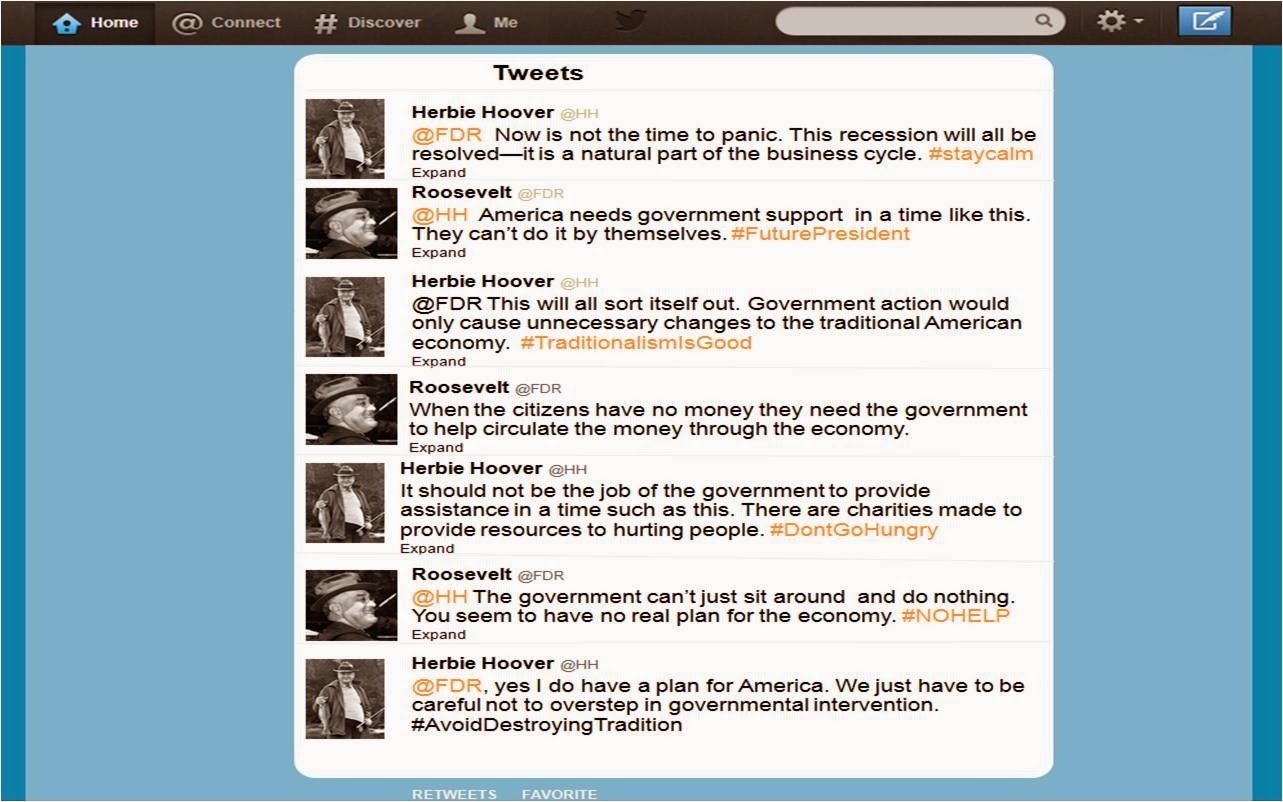 I investigated several tools for simulating Twitter.  Fake Tweet Builder seemed like a good possibility, but it was blocked by the internet filter at my school.  I then looked into Twister, but it is designed to simulate tweets from one person which did not meet my needs for a debate.  Finally I determined that a template might meet my needs better than an online simulator.  I settled on a Twitter Template for PowerPoint that allowed students to replace profile photos with images they found online and  customize the tweets allowing them to simulate a debate. 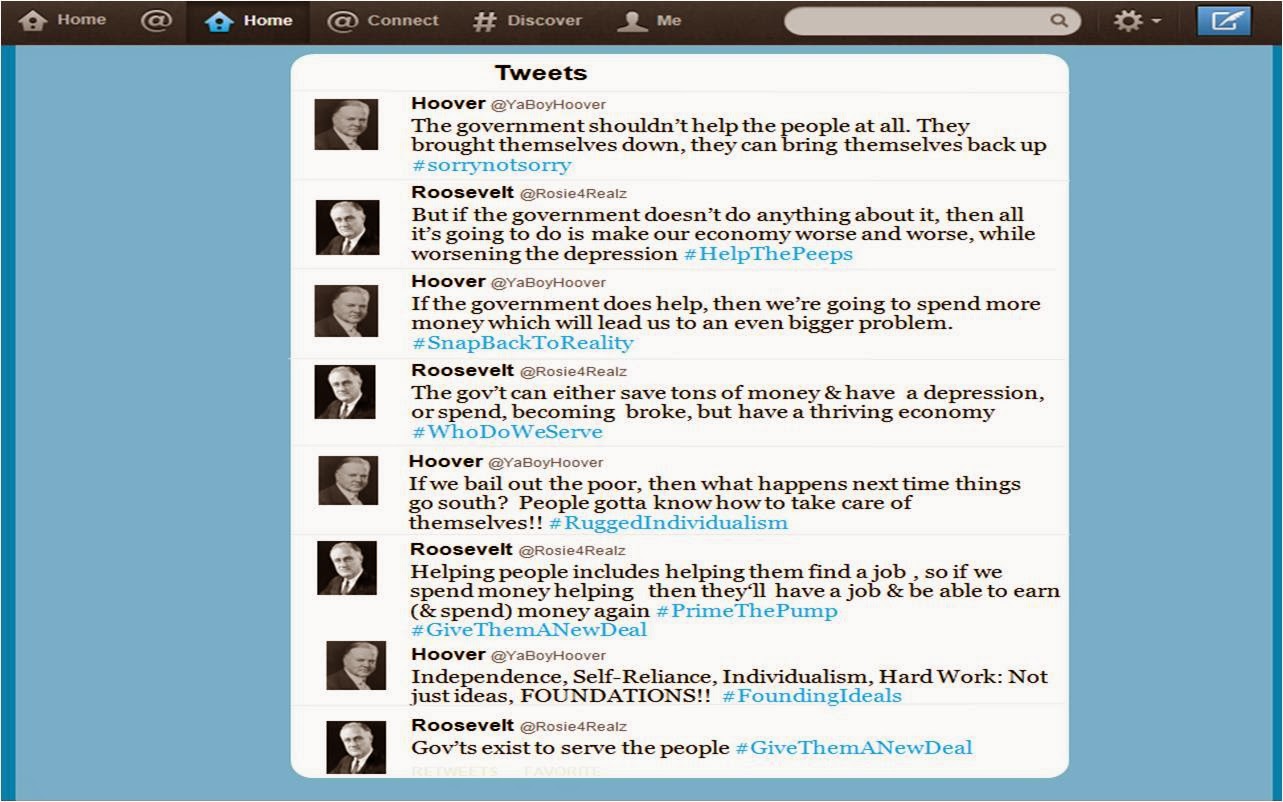 I feel this lesson achieved its desired outcomes.  Students demonstrated understanding of the different political philosophies concerning the government’s role in an economic crisis and engagement was very high.  Many students commented that they enjoyed this activity because it utilized a tool that is a part of their personal lives and they enjoyed the chance to customize the activity by including pictures, hashtags, and “Twitter slang.”
Posted by Alex Glade at 3:03:00 PM